More than three quarters (76%) of people in the West Midlands have adopted smarter technologies, according to findings from new research1 by E.ON.

When asked which everyday items are becoming obsolete due to smarter solutions, more than half of respondents said photo albums (53%) and CD/DVD stands (52%), more than a third said bookshelves (35%) and almost a quarter said cables and wires (24%).

The research has been conducted to investigate people’s attitudes to the smart solutions available today and in the future. It reveals that the majority of people in the region have already taken steps to make their homes smarter with a third (33%) planning further upgrades.

However, there’s still work to be done with almost a quarter (24%) of people in the West Midlands yet to adopt smart technologies in their homes. In fact, a fifth (21%) of local homeowners are uncomfortable with using smart technology.

Those in the region who’ve already implemented technology upgrades cited saving money (56%), becoming more energy efficient (51%), and saving time (35%) among their key drivers. More than a third (39%) said they’d made their homes smarter to make their lives easier, while 18% simply liked having the latest gadgets, 9% wanted their home to be more fun, and 5% desired better-looking technology.

When asked about the types of smart technologies people would want in their homes by 2020, four in ten (42%) people from the region said they’d like solar panels and/or an electricity battery storage system, almost a third (31%) would like smart lighting, almost a fifth (18%) wanted a voice controlled smart hub and 14% would like a charging point for an electric car.

But when it comes to solar energy, a number of myths persist with one in five (20% )of those questioned in the West Midlands mistakenly thinking that solar panels only generate electricity when it’s sunny and around one in ten (13%) wrongly believing that solar panels don’t work in cold climates.

Of those surveyed, 7% of homeowners in the region said they already have solar panels. Of these, almost three quarters (73%) said they’re saving money, six in ten (60%) said their home is more energy efficient, and four in ten (40%) said they’ve seen the value of their property increase – all as a result of having solar panels installed.

What’s more, four in ten (40%) of those asked said that having a solar panel and battery system would make a potential home more appealing to them if they were looking to buy.

Gavin Stokes, Head of Commercial Solutions at E.ON UK, said: “It’s really heartening that three-quarters of households in the West Midlands have already taken steps to make their homes smarter. But with a quarter of people in the region saying they’re yet to take steps to make their homes more solutions-savvy, there’s still much we can do to help people realise the benefits a smarter lifestyle can bring. For example, we recently launched E.ON Solar and Storage in the Midlands – a solar and battery solution that’s available now for the four in ten people questioned who said they’d like to have this type of technology by 2020.

“Many of the people we spoke to are already aware of the benefits solar and battery systems can bring – from saving money to having a more energy efficient home, to making homes more appealing to buyers. We’re committed to bringing smarter solutions to market for our customers and we’d welcome anyone from the region who’s interested in finding out more about E.ON Solar and Storage to visit our website and find out more and get detailed, personalised information for their home and their needs.” 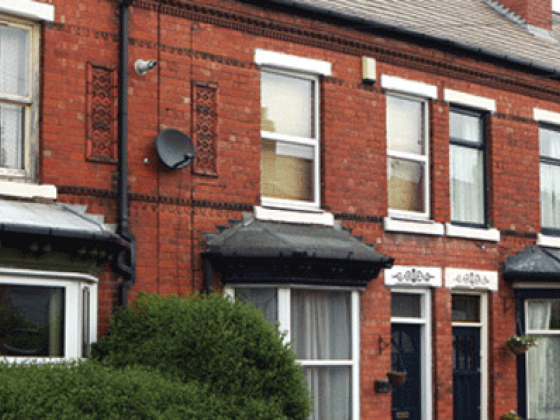